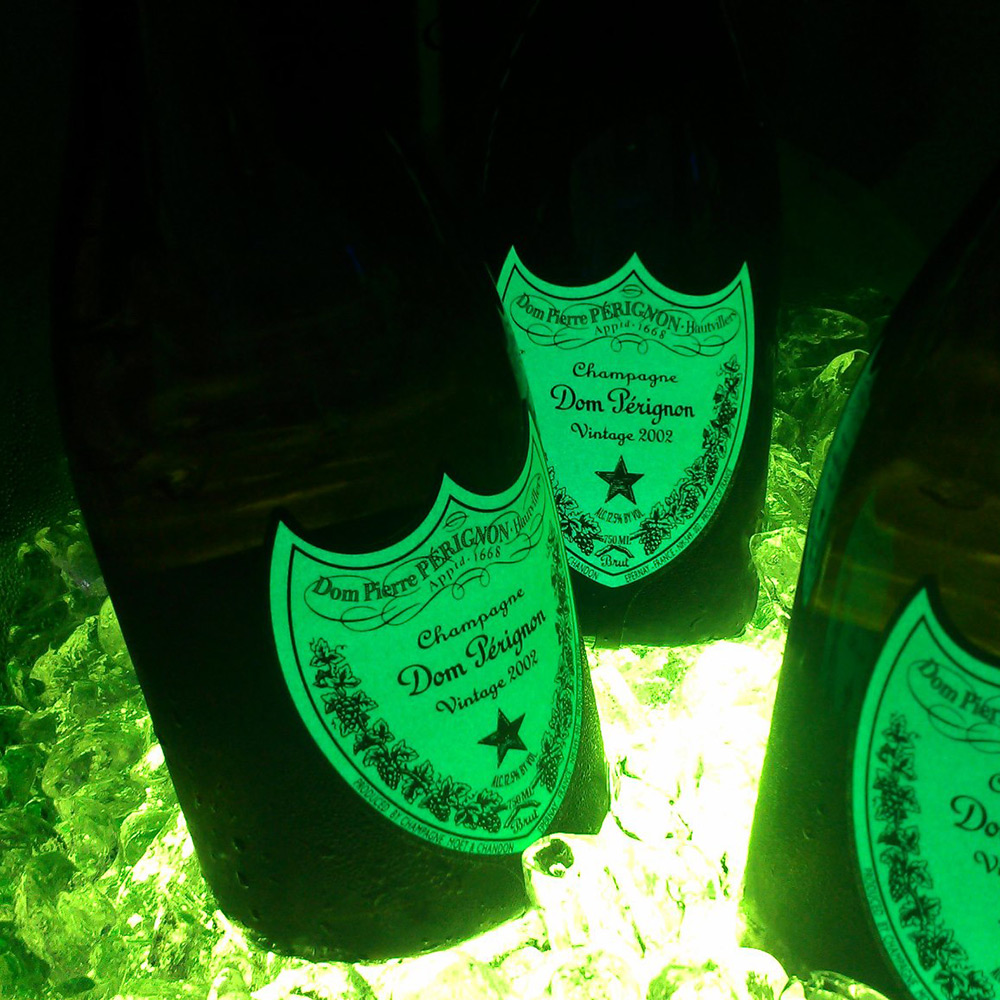 Dom Pérignon has long been known worldwide as one of the most coveted species of vintage Champagne.

The brand has released its 2002 Vintage champagne across the globe in limited edition luminous light saber like lime green label bottles, with the principal celebrations held at No. 1 Mayfair in London, and sister parties at Spice Market in Melbourne and Le Noir in Singapore.

The timeless Dom Pérignon bottle has been launched with a modern twist, created to light up at the touch of a button and remain illuminated for up to nine hours. Its waterproof feature also ensures that the bottle remains chilled whilst glowing vividly in the dark. I never thought I would use a champagne bottle to help find my lost iPhone or purse in the dark.

We wonder if founder Dom Pérignon, a Benedictine monk would be aglow at the sight of his creation glowing across premium venues internationally?