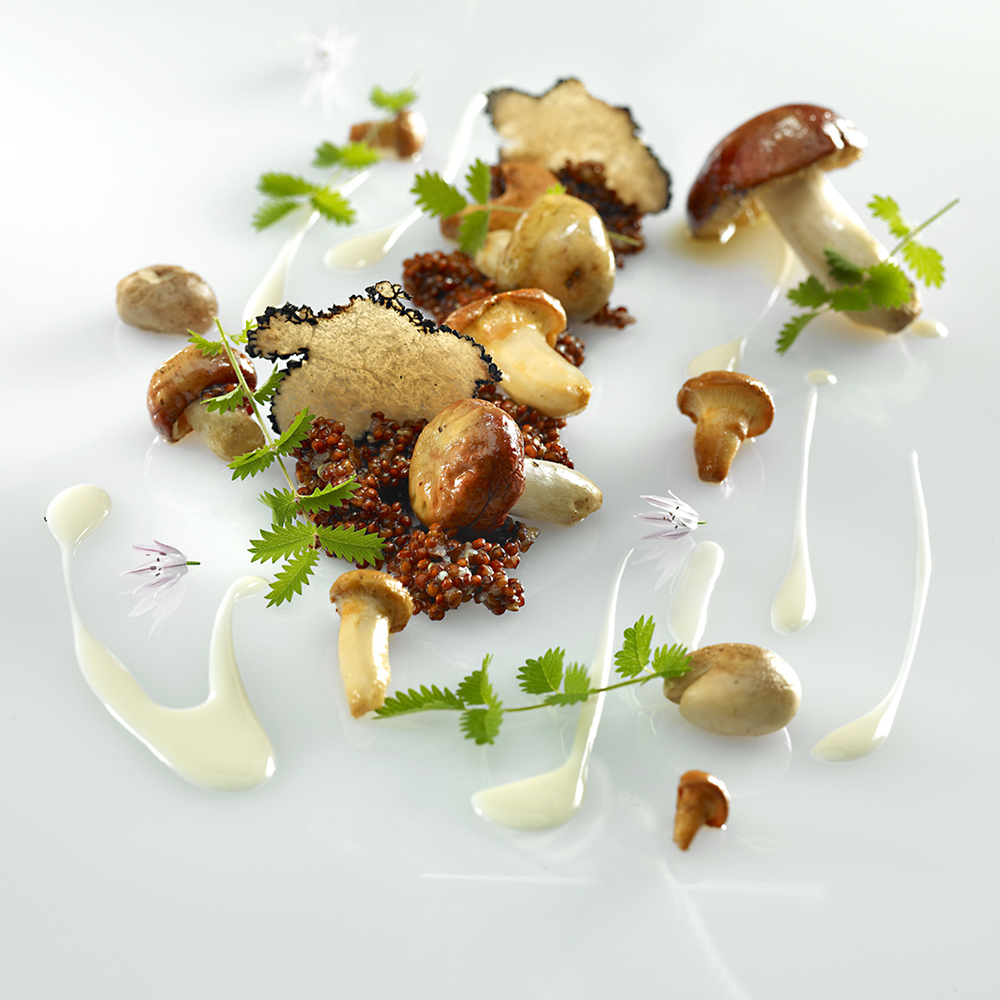 Ten years ago, after working with the greatest French chefs, Mauro Colagreco decided to open a restaurant of his own. Today, his restaurant Mirazur is recognized as the best restaurant in France, two years in a row. Mirazur overlooks the Mediterranean sea and is surrounded with a gorgeous gardens growing lemons, mint, chives, sage, absinthe, oregano amongst other jewels. The fruits and vegetables from the garden are his source of inspiration, continually renewed, depending on the season and the produce available on his land.

To celebrate Mirazur’s 10th Annivesary, Mauro Colagreco invited his friends, who happen to be some of the best chefs in the world, to cook for the restaurant’s guests.

As his father did before him, Sébastien’s cuisine is driven by inspiration and when he creates something, excitement is more important than technique. With his father he shares taste for those ‘little nothings’ which bring to mind childhood innocence; nibbling a clover flower, delighting in some bread and butter with milk skin, eating with your fingers, taking risks, forgetting everything you’ve ever learnt!

René which is to say one of the best chefs in the world, has created a new style of Nordic cooking, “an homage to soil and sea”, taking seasonality and local produce (foraging forests, combing sea shores, picking up things “just outside the door, that we step on for so many years”) to an extreme.

A creative and restless chef, Alex Atala is known in Brazil and throughout the world for exploring, through classical bases and classical techniques, the gastronomical possibilities of Brazilian ingredients.He is continually on the lookout for little-known ingredients to create dishes that embody his homeland and culture, making them accessible to all.

Narisawa Yoshihiro offers up nouvelle cuisine with a distinct Japanese edge. The food is minimal with each ingredient sourced from sustainable and ethical producers. Every leaf, garnish and ingredient is painstakingly considered for its context within the menu and the ever changing seasons.

Gourmets from all over the world are only too pleased to pay a visit to Manu’s restaurant, which has a place at the worldwide summit of culinary experiences. A cuisine that has not only mastered working with flavors but which also succeeds perfectly in putting the “terroir” – the geographical characteristics of the region – onto the plate.

Aduriz has become famous for his playful, investigative approach to food. Half mad scientist and half culinary prodigy, Aduriz has bridged the gap between cook and chemist, all with the humility, quietude, and zen of a monk.

One star by Guide Michelin

Jorge Vallejo is an innovator. The former Pujol chef effortlessly combines indigenous ingredients with exciting cooking techniques to create a seamless elevation of Mexican cuisine. Many of his dishes utilize locally sourced native ingredients such as the signature quintonil–Spanish for amaranth greens.

Chef Massimo Bottura is without a doubt one of the foremost ambassadors of modern Italian cuisine. HE freely blends his creative take on Italian cuisine with cutting edge contemporary art and design, bringing a modern aesthetic to the junction of tradition and innovation.