Set to open its gates on September 1st, UK’s Salon Privé will allow visitors to take a closer look at an all-new Bristol Bullet Speedster.

Inspired by an old speedster, discovered under a sheet of tarpaulin at the factory, the Bullet is a modern take on the British marque’s history dating back to 1947. 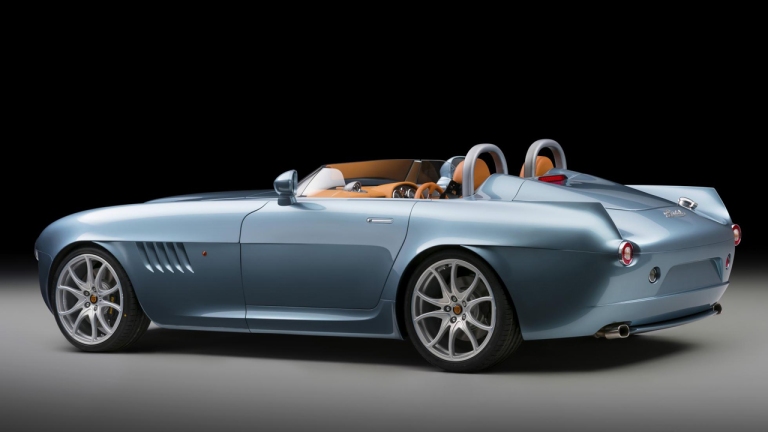 On the surface it looks like a classic, but in fact the Bullet has been built with contemporary features that bring together the bygone era styling with up to date technology.

A multi-touch screen is embedded into the dashboard, providing access to WiFi, Bluetooth, smartphone connectivity and digital radio, and it also supports screen mirroring for compatible devices.

The Bristol Bullet Speedster is hand-made in Chichester, powered by a 4.8-liter V8 engine sourced from BMW and engineered in-house to develop 370 HP. Nicknamed Hercules, the mill propels the light roadster from naught to 100 km/h in 3.8 seconds and up to a top speed of 250 km/h.

“This unique speedster sets the tone for the future of Bristol Cars – with a focus on luxury, performance and elegance,” says General Manager Julian Ramshaw. “The discovery of the prototype at the factory provided us with the perfect way to celebrate this incredible marque’s 70th anniversary.

Production of the Bullet is due to begin early in 2017, with the orders limited to 70, of which a significant number already sold.