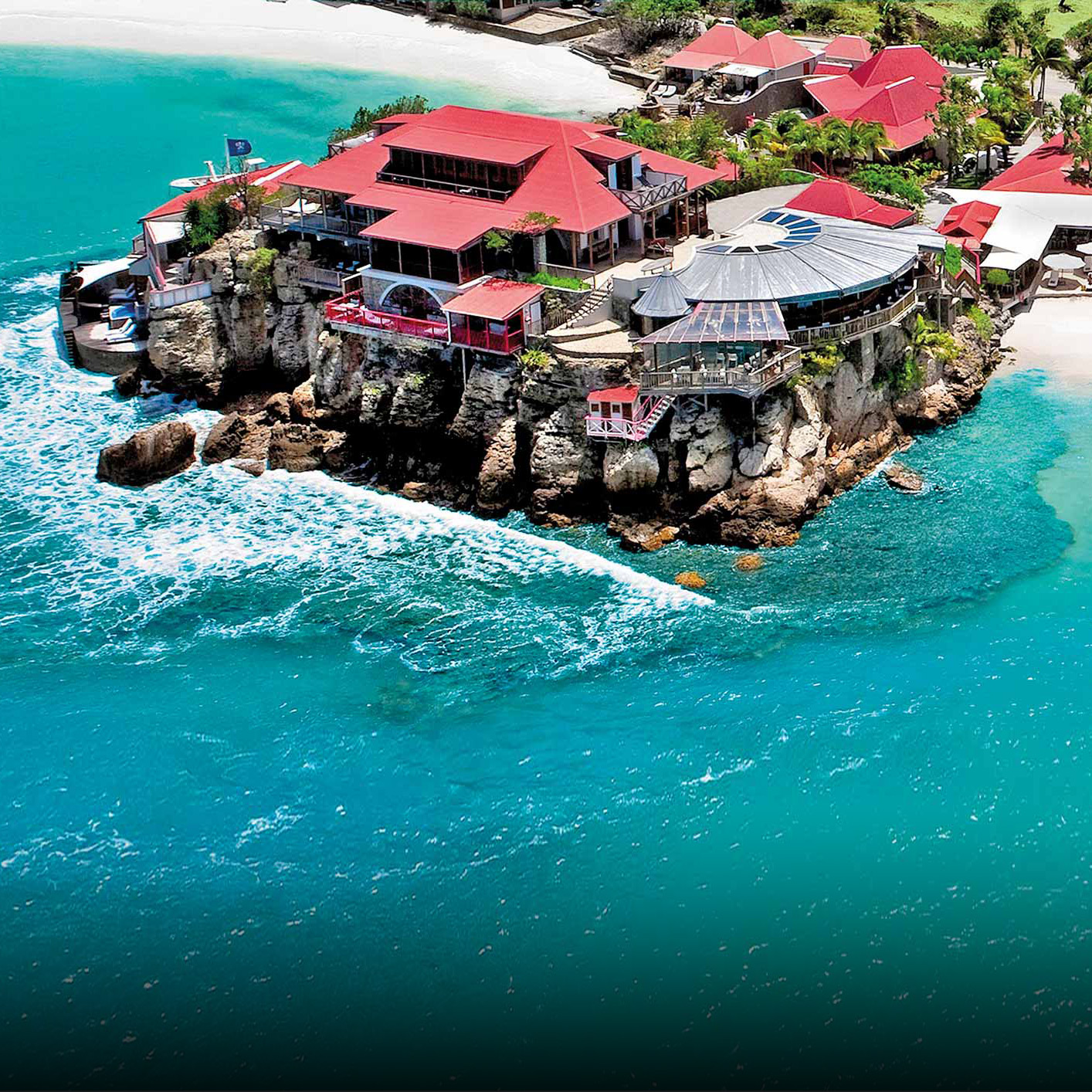 Eden Rock was the first hotel to be built on the island of St. Barth, constructed around 1950 by a famous Caribbean aver and adventurer, Rémy de Haenen. The hotel become a bolthole for his Hollywood friends and in its heyday in the fifties and sixties was visited by Greta Garbo, Howard Hughes and other guests including the Rothschild and Rockefeller families who became so content on the island as to buy land and build homes, setting a style for the island that continues to this day. 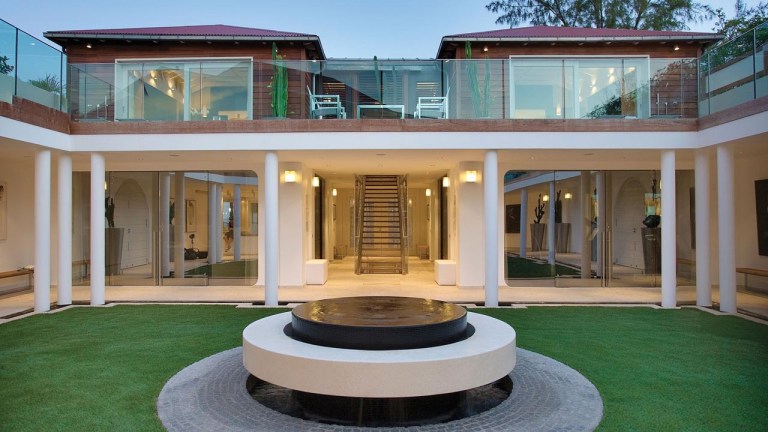 Today the 34 exquisite accommodations are individually decorated and all feature sea views and direct access to the spectacular white sand beach. 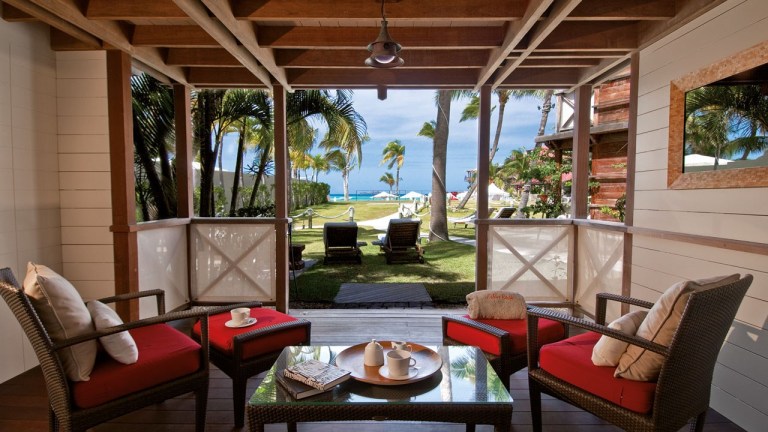 Described as resembling ‘a hundred million dollar yacht on land’, the beach-side Villa Rockstar, a luxurious multi-faceted house, is a true the paradise for musicians. 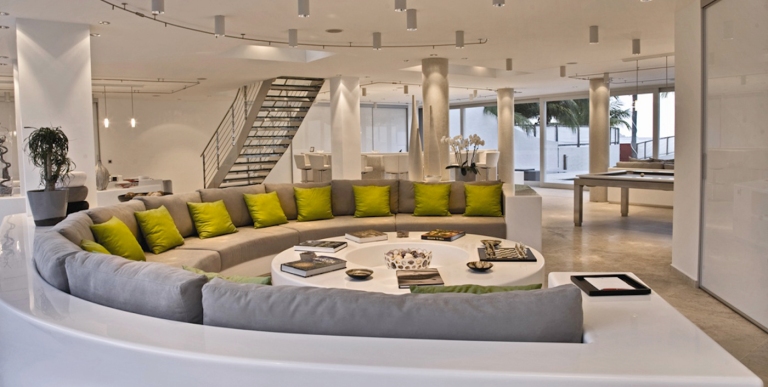 In addition to the usual amenities, default for the 5-star hotel, Villa Rockstar offers its own state-of-the-art recording studio, a music room and a 20-seat Cinemascope home theatre. 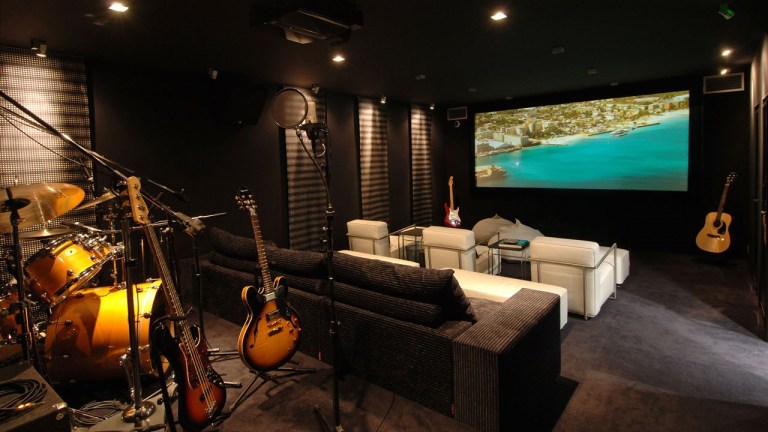 Equipped with a selection of instruments, microphones and recording equipment, including the vintage Neve Music Recording Console used by John Lennon to record ‘Imagine’. Grammy award-winning, multi-platinum producers and musicians who have worked with legends such as Michael Jackson, Elton John, Stevie Wonder, Madonna and Adele to name a few, this professional recording studio offers guests to record their own souvenir soundtrack during time spent in the Caribbean. 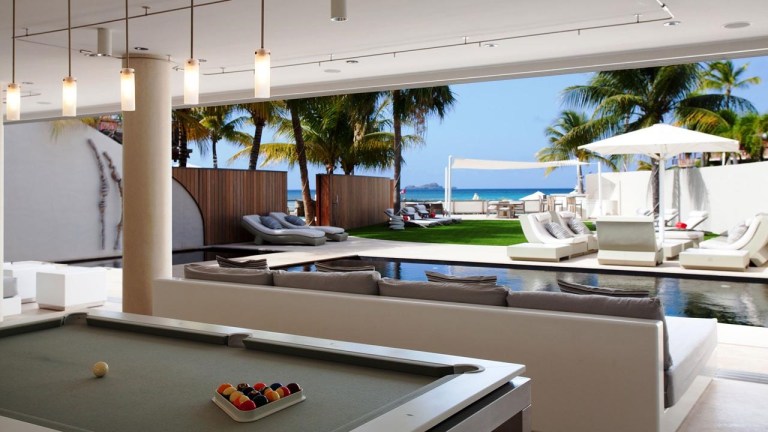 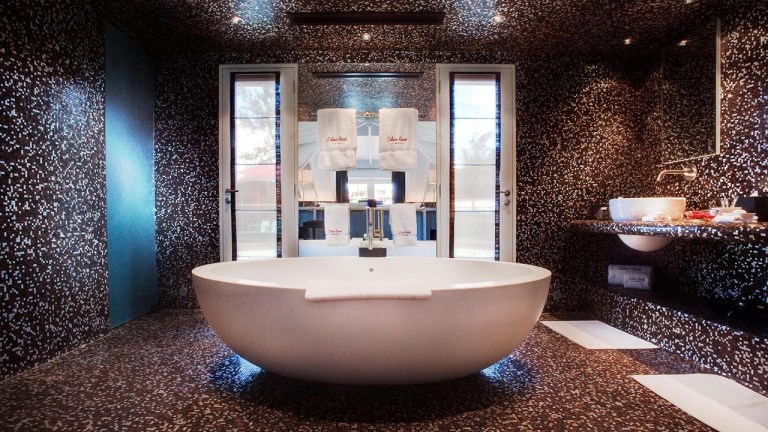 The beachfront property, split across three levels, with four super deluxe suites, a private gym, a swimming pool and a spa pool with surrounding decks, sun loungers and ample seating, a recreation room, a bespoke kitchen adjacent to 12 seat dining facilities by Xavier Lust and Cazzaniga, a choice of cars in the Rockstar garage and every other thing you’d expect from an $16 million villa. 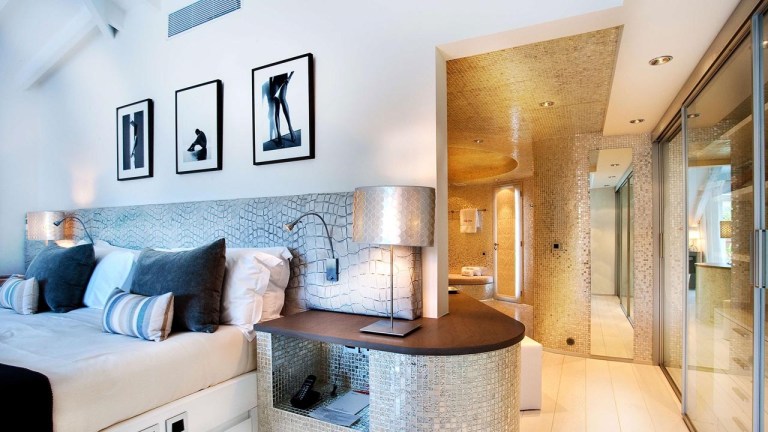 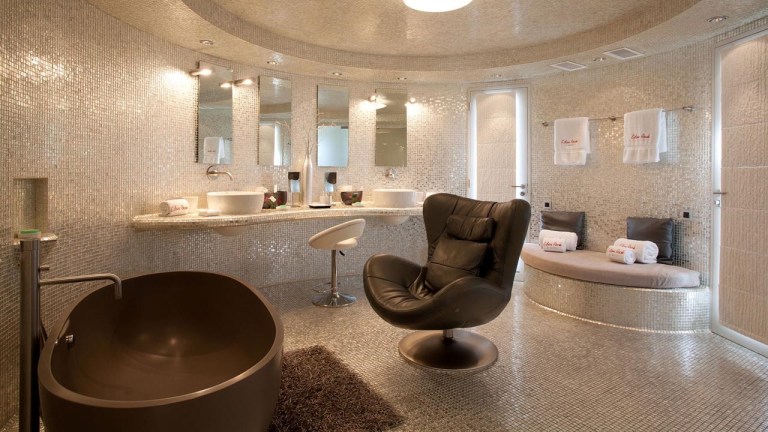 Its rock credentials also include all-white open-plan living area ideal for massive parties with a pool table and waterproof sofas, baths big enough for three, butler for high-maintenance demands and a private office space. There is a private secure gate from the house leading directly onto the St Jean beach and to the clear blue Caribbean beyond.

Villa Rockstar costs from €15,000 per night and recording packages are from €1,600 per song.
http://www.edenrockhotel.com/