As discovered at Monaco’s Top Marques, Dutch company PAL-V is now taking orders (with the deliveries at end of 2018)  for the world’s first commercial flying car, the Liberty.

Liberty is an autogyro, which means that the rotor doesn’t get power. Instead the propulsion from the propeller at the rear causes the blades on top to spin and create lift.

Like a plane, it still requires a runway for takeoff and landing, so it doesn’t quite solve the dream of escaping traffic, but you can drive to the airport, fly to your destination, and then switch the vehicle back into a car for the final distance. 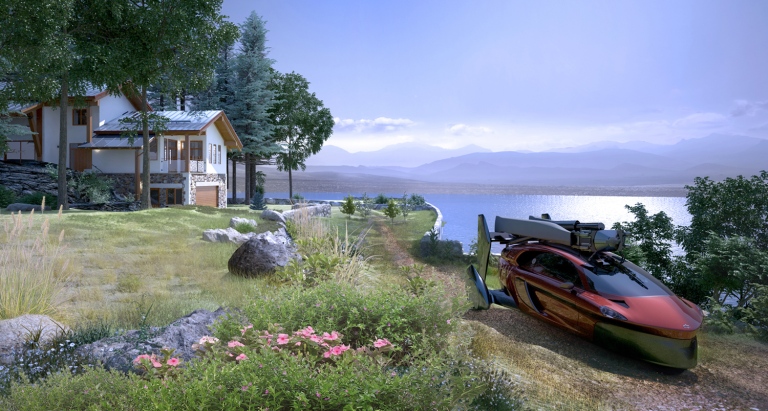 The first 90 Liberties are referred to as the Pioneer Editions, boasting additional features such as power heating, dual controls and an electronic instrument display, will cost €499,000. After the Pioneer Edition sells out, PAL-V will start selling the standard model, known as the Liberty Sport, for €299,000.

Buyers should have a license for both driving and flying. On the road, the Liberty can lower its suspension and make use of its tilting cockpit for better maneuverability. PAL-V lists top speed on the road as 100 mph, while 0-62 mph is estimated to take less than 9 seconds. In the air, it can travel at up to 112 mph.