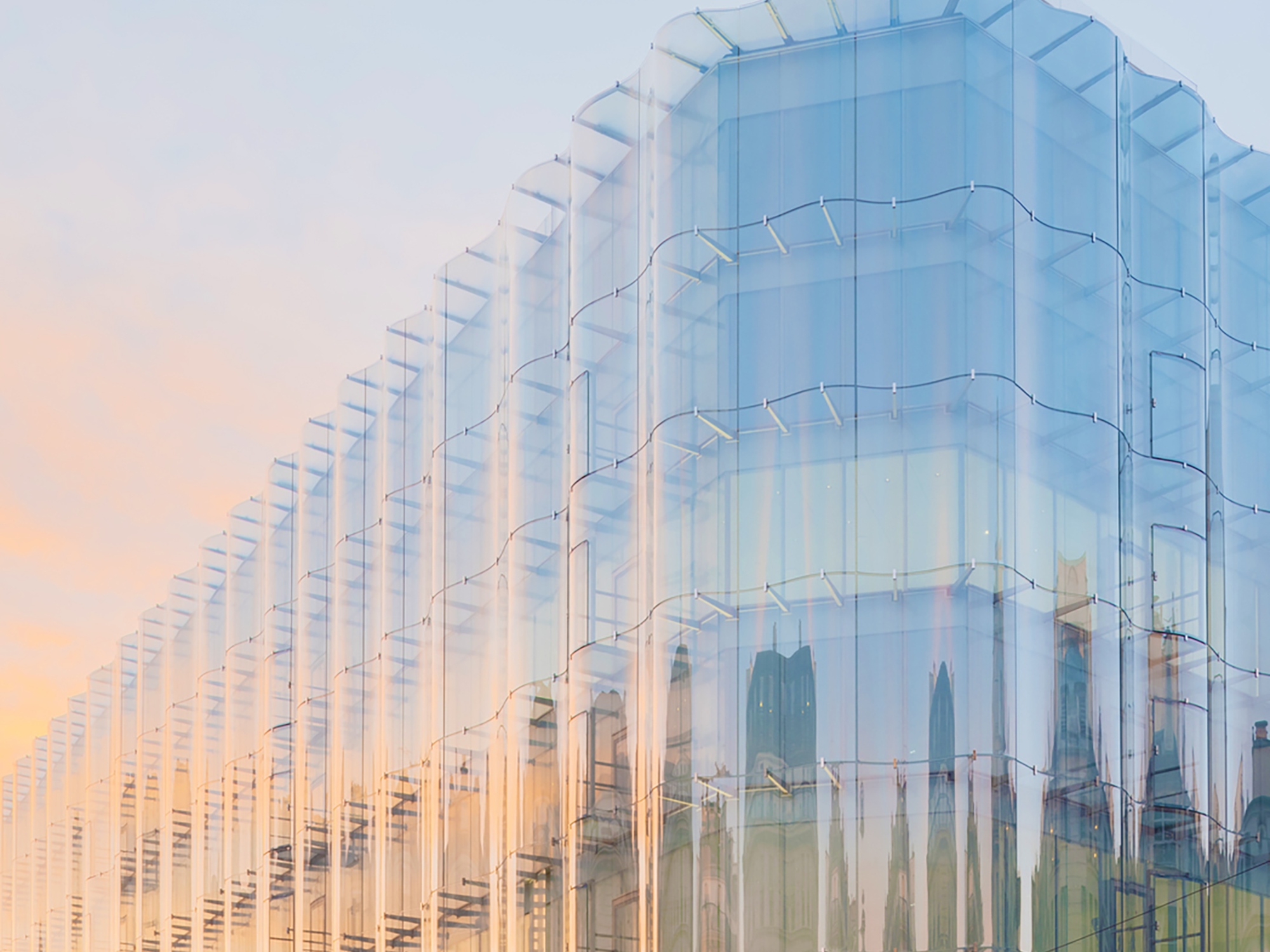 Sixteen years and close to three hundred French companies have taken part in the renovation of La Samaritaine in Paris. The history dates back to 1870, when Ernest Cognacq and his wife Marie-Louise opened a small shop that over the years became a 70.000m² block combining Art Nouveau and Art Déco styles.

As it grew, the architect Frantz Jourdain convinced them to erect a new building that would bring ‘art into the street’. They inaugurated his light-filled art nouveau building in 1910, followed by Henri Sauvage’s art deco extension in 1928. In 2001, the luxury goods group LVMH acquired the store’s four timeworn buildings, along with an adjoining apartment block, which it agreed to renovate and sell back to the city as social housing.

This summer fully revamped La Samaritaine, run by the group’s travel retailer DFS, was finally presented to the public. Four separate firms were hired to redesign the different parts of the department store, as well as specialist contractors to renovate historical features, such as the magnificent glass roof, the monumental staircase, peacock frescoes on the top floor, and enamelled lava panels on the façade.

Pritzker Prize-winning architecture studio SANAA was given the task of unifying the store. Japanese architects felt that the project was too extensive to present as a single, monolithic building. Instead they felt it should function more like a neighbourhood, a cluster of spaces, new and old, so they opened a promenade through the length of the block at street level, from the Rue de Rivoli hotel to the River Seine and Pont Neuf.

It helps to “dissolve” a building into its context, lets visitors choose circulation patterns, take short-cuts and occupy space as they would any ordinary neighbourhood. This approach is palpable in Samaritaine. Along the passage, they further opened a series of four unique patios and atria, thinking of the sequence, drawing daylight into the core of the complex.

The ornamental art nouveau context was a challenge, and at times they disagreed with historical choices, such as an original egg yolk yellow. They managed to soften the shade, and the store’s colours are now an eye-pleasing mix of golden tones, such as bronze metals and blond woods, and the ironwork’s original grey-blue.

Maison Ruinart has set up a dedicated space nestled under the glass dome. Placed on a long block of limestone rock, symbolising the Maison’s Crayères in Reims, the emblematic bottles float above a mirrored surface. Their reflections create a surprising landscape evoking the vineyards and rolling hills of the Champagne region. Ruinart developed an elegant envelope made from 100% recyclable paper. It embodies a more conscious and minimalist art of gifting and can be personalised with gold stamped initials, only at La Samaritaine.

Parisienne, a concept dedicated to eating healthy and delighting the senses. The hybrid format of its original stores recreates the spirit of neighbourhood convenience stores with the added ambience of a true Parisian bistro. Here epicureans, vegetarians and flexitarians can enjoy of the French commitment to homemade, seasonal products, where everything is always made from raw and fresh ingredients.

Within La Samaritaine you can find the new boutique spa of Cinq Mondes, a sustainable space that uses high-quality, eco-designed materials and locally manufactured products. It has seven main rooms, a hammam, and a private space for clients to relax. Nestled inside are a cosy lounge and more than seven treatment rooms, hidden behind a huge door that keeps the sensory art of “betterness” tucked away. This exceptional locale, which spreads out over more than 4,000 sq. ft, is designed to be a real “urban retreat” where you can experience a holistic interlude while still in the city.

It comes with no surprise that visitors can experience a limited time Louis Vuitton pop up here. The Objets Nomades features experimental yet functional furniture pieces and design objects from all over the world. From a hammock to a foldable stool, an armchair to a room screen, each limited-edition object pushes and surpasses the boundaries of leather to showcase the Maison’s attention to complex craftsmanship and creative innovation.

President Emmanuel Macron’s presence at the store’s inauguration, alongside LVMH chairman and CEO Bernard Arnault, Mayor Anne Hidalgo, and 800 applauding store employees, is a signifier of the Samaritaine’s totemic role in France’s post-COVID economy. For pro-business Macron, the development “highlights the capacity to reinvent the places that have defined the city’s history.”

An unmissable address in Belle-Epoque, this shopping destination now intends to re-establish its status quo.