We’ve declared our affection for Mercedes-Benz in the past with the Stirling Moss feature and with our Editor, Olga Titarenko venturing all the way from Sydney to Stuttgart only to test drive the über-haute SLS AMG.

However with the introduction of the Electric Drive, AMG has got us head over heels in love with this fully electric supercar.

Although the Electric Drive SLS will be the stealthiest AMG ever built, it won’t quite be silent. The car’s engineers developed various sounds to accommodate the electric supercar.

A startup noise accompanies the push of the power button, a “dynamic” sound is audible under hard acceleration and a subdued tone plays while cruising. The sounds and the cancellation of unwanted background noises are provided by the car’s 11-speaker audio system. 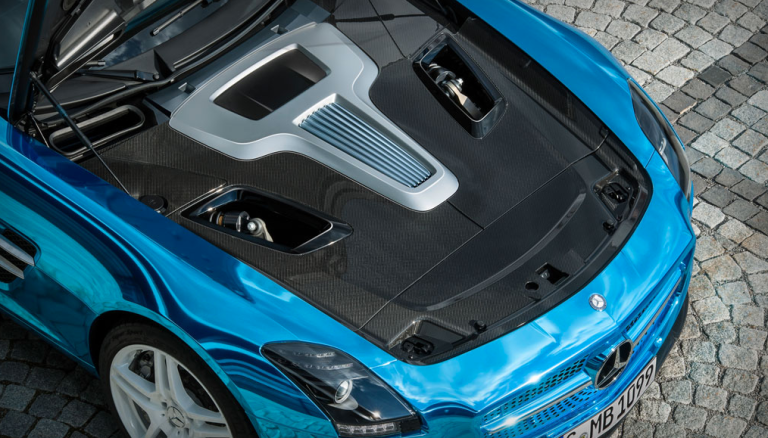 For a supercar that’s seemingly from another planet once you pop the hood, the SLS Electric Drive largely looks the same as any internal-combustion-powered SLS. 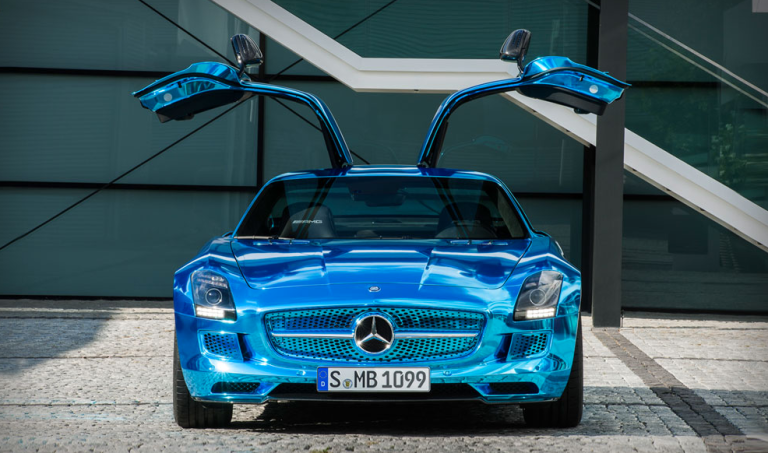 The grille gets “bionic honeycomb-shaped” openings, and it and the adjacent air intakes receive body-matching paint. Exterior colors are limited to the chromatic blue, an exclusive matte neon yellow called electricbeam and four others. 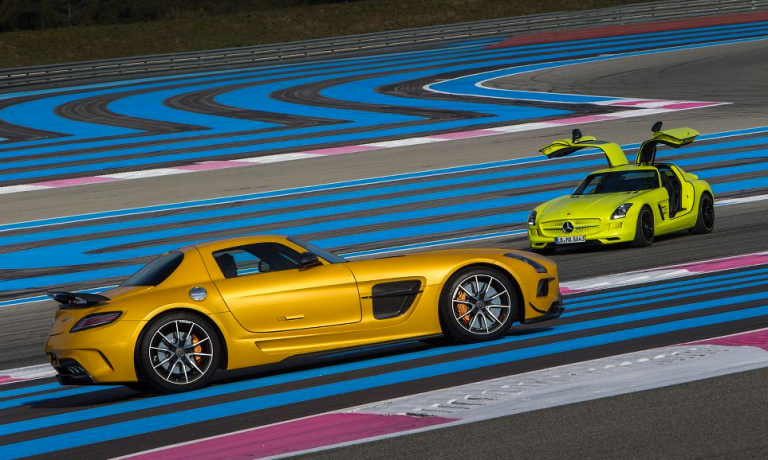 The 2014 Mercedes-Benz AMG SLS Electric Drive starts at €416,500. Deliveries are expected to begin before the end of the year. At more than double the price and far less than half the sound of its gas-fired sibling, we know which SLS we’d choose to own.