Armand de Brignac, or as it is colloquially called, “Ace of Spades”, is well-known for being rapper and business mogul, Jay Z’s favorite luxury beverage. It’s easy to disregard, but the showy champagne is actually very well-made. The brand is produced by the award-winning Champagne Cattier House of Chingy-les-Roses, France. It first gained worldwide attention in Jay Z’s music video for the song “Show Me What You Got” in late 2006. By 2009 it was rated the world’s number one champagne by Fine Champagne magazine in a blind tasting. 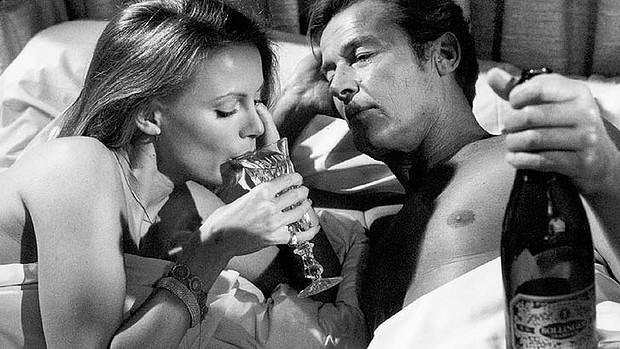 Also known as the “James Bond” champagne, Bollinger has been featured in over eleven of the 007 films. The champagne house’s story, however, begins in 1829 when a young aristocrat by the name of, Athanase de Villermont, saw the potential of the wine of champagne in his recently inherited estate and met fellow wine experts, Joseph Bollinger and Paul Renaudin. Together the three men founded a champagne house that would endure through the centuries. 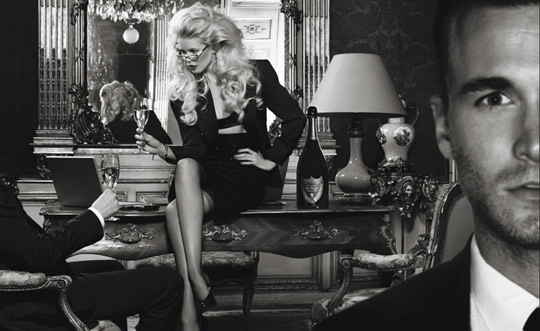 In 1668, a young Pierre Pérignon took office at a Benedictine abbey located in the heart of Champagne, France. Under his direction, the abbey and its vineyards prospered. Until his death in 1715, he made no exception to his ambitions for perfection, to create “the best wine in the world” as said in his own words on September 29, 1694. Today, Dom Pérignon is produced by the champagne house Moët and Chandon, another brand on our list. Dom Pérignon is their prestige vintage champagne. 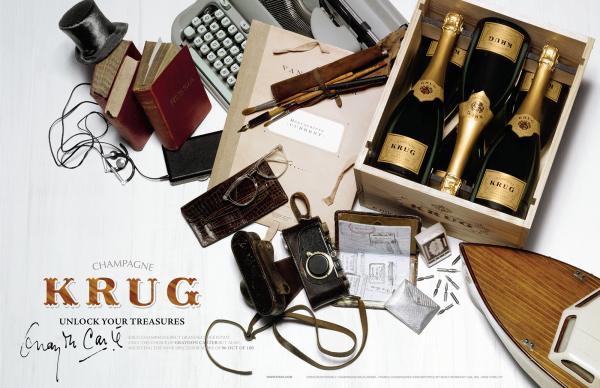 Krug is one of the most exclusive champagne house, thanks to the champagne’s unique style. Founder Joseph Krug founded the company in 1843. Now the brand is renowned for its extended aging process. Their celebrated Clos d’Ambonnay is a champagne made entirely from pinot noir grapes from a single vineyard with production limited to only 3,000 bottles and a price tag of $2,500 and up.

Laurent Perrier was founded in 1812 by Andre Michel Pierlot and is the largest family run champagne house to this day. Laurent Perrier was the first champagne house to introduce a large proportion of chardonnay (a minority grape in the region) into the  blend of its NV Brut L-P. This particular blend of champagne ranks relatively low on the alcohol content level, which may explain its popularity as a popular aperitif at high-end parties such as the Oscars. 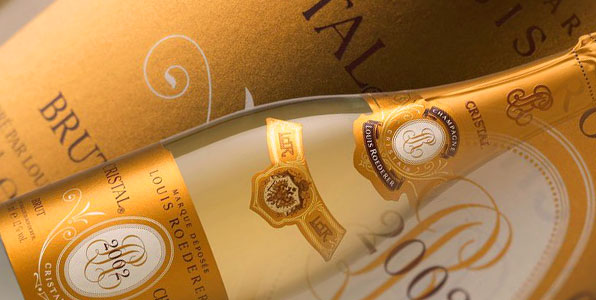 While the founding fathers were drafting the Declaration of Independence, Louis Roederer champagne was born in Reims, France. Made from grapes from the finest vineyards and matured in oak casks, the taste is structured and deliciously smooth.

You may have also heard of the brand Cristal, which Roederer produces and is viewed by many as the most opulent vintage champagne. Although Cristal was first developed in 1876 for Alexander II of Russia, the brand became a household name after several hip-hop artists began referencing the drink in their song lyrics in the mid ’90s and early aughts. The Tsar’s paranoia is thought to be the inspiration for its unusual clear, flat-bottomed bottle designed so that he would be able to see if anyone was trying to poison him.

Moët & Chandon is a prestigious champagne house that is a part of LVMH. As one of the world’s largest champagne producers the brand appeals to the more extravagant of champagne buyers and boasts of its long history of glamorous fans. Their champagne has been featured at royal weddings and the Oscars. Legend has it that Emperor Napoleon Bonaparte along with his troops invented the tradition of sabering open bottles of Moët to announce their triumphant victories. Claude Moët founded the house in 1743. Later, his grandson Jean-Rémy Moët helped to bring the champagne house to international prominence while on his quest to “share the magic of champagne with the world.”

Perrier Jouët pioneered the brut style in the mid-19th century. In 1811 when Pierre-Nicolas Perrier married Adele Jouët the House of Perrier-Jouët was born. Recognized for its exacting quality it was a favorite of Napoleon III and Queen Victoria. Perrier Jouët is most well-known for its decorative, flowery bottle that contains the premium Belle Epoque Cuvée (Grace Kelly’s favorite) and their vintage Fleur de Champagne. The champagne tastes of pear and a touch of creaminess. It hints at sweetness without being too overbearing. 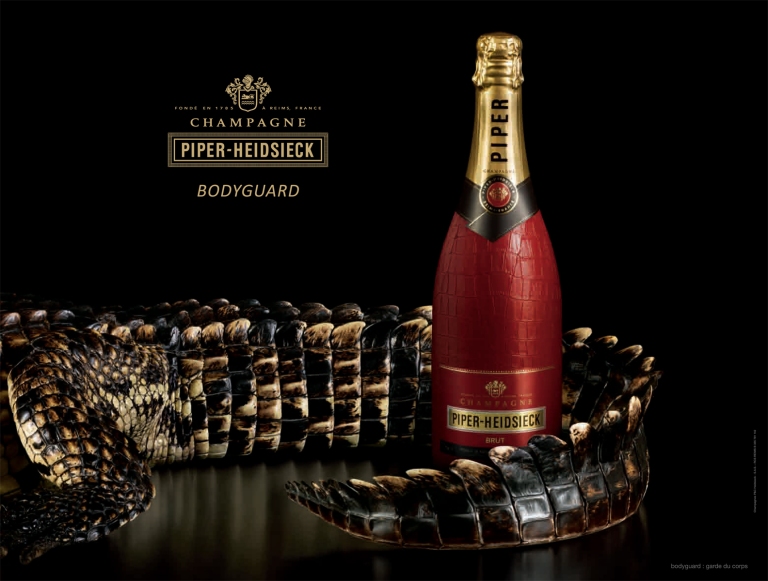 In 1785 Florens-Louis Heidsieck traveled  to Versailles and presented his wine to Queen Marie Antoinette. She loved the champagne and word quickly spread throughout the court. Fast forward to 1953 when yet another celebrated beauty would make the brand popular in the United States. Marilyn Monroe famously declared that she went to bed every night with a drop of perfume and woke up every morning with a glass of Champagne Piper-Heidsieck. It is also the wine used at the Festival de Cannes.

Pol Roger was only eighteen when he made his first sale of wine on January 2, 1849. Ever since the brand has been owned and run by his descendants. Pol Roger is the “gentlemen’s” champagne, as Jean-Paul Kauffman wrote in Voyage en Champagne, so it is not surprising that Winston Churchill and even the British royal family have made it their favorite. Winston Churchill was a longtime admirer and later an ambassador of the brand after his first few sips in 1908. Churchill used to say of champagne: “In victory, deserve it; In defeat, need it.” In his honor their celebrated Cuvée Winston Churchill was born in 1975.

Ruinart is the world’s oldest champagne house. Well ahead of his time the monk, Dom Thierry Ruinart, established the house in 1729, which is still exclusively producing champagne and run by the Ruinart family. In their blends they use a bigger proportion of Chardonnay than most other houses, so the taste is delicate and subtle, yet full of flavor. 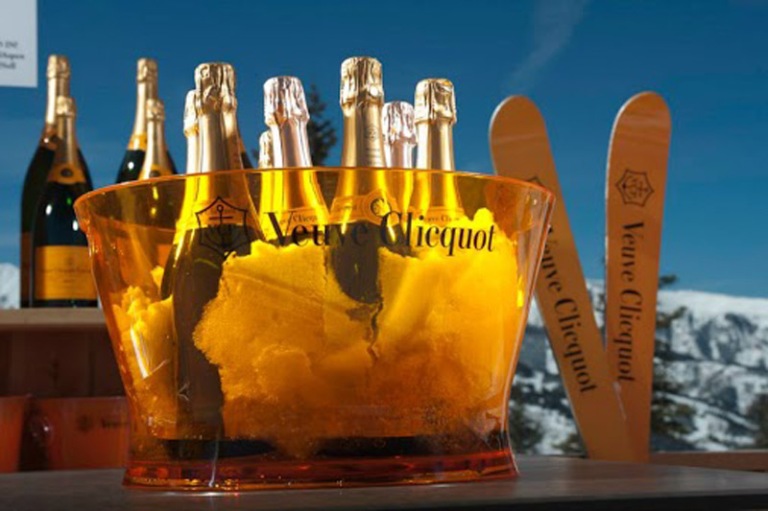 Even when compared to most champagnes, Veuve Clicquot has an impressive resume. This French champagne house based in Reims is a part of the LVMH group of luxury brands. The company played an important role in establishing champagne as a favorite drink of the haute bourgeoisie and nobility throughout Europe. In 1810 Madame Clicquot created the first recorded vintage champagne and later invented the process that creates the crystal-clear bubbly we all know and love today. More recently, Veuve Clicquot has even been featured in many famous films such as Casa Blanca.