Cymatics, the science of visualizing sound waves into geometric patterns was the starting point for the Iris van Herpen Fall 2016 Couture fashion show in Paris.

Known for her technology-focused fashion, Iris van Herpen wanted to showcase her “state of dreaming” and achieved by embedding tens of thousands of Swarovski in liquid silicone. She did the same with hand-blown glass bubbles, producing a trembling, shimmering, extraterrestrial tutu. 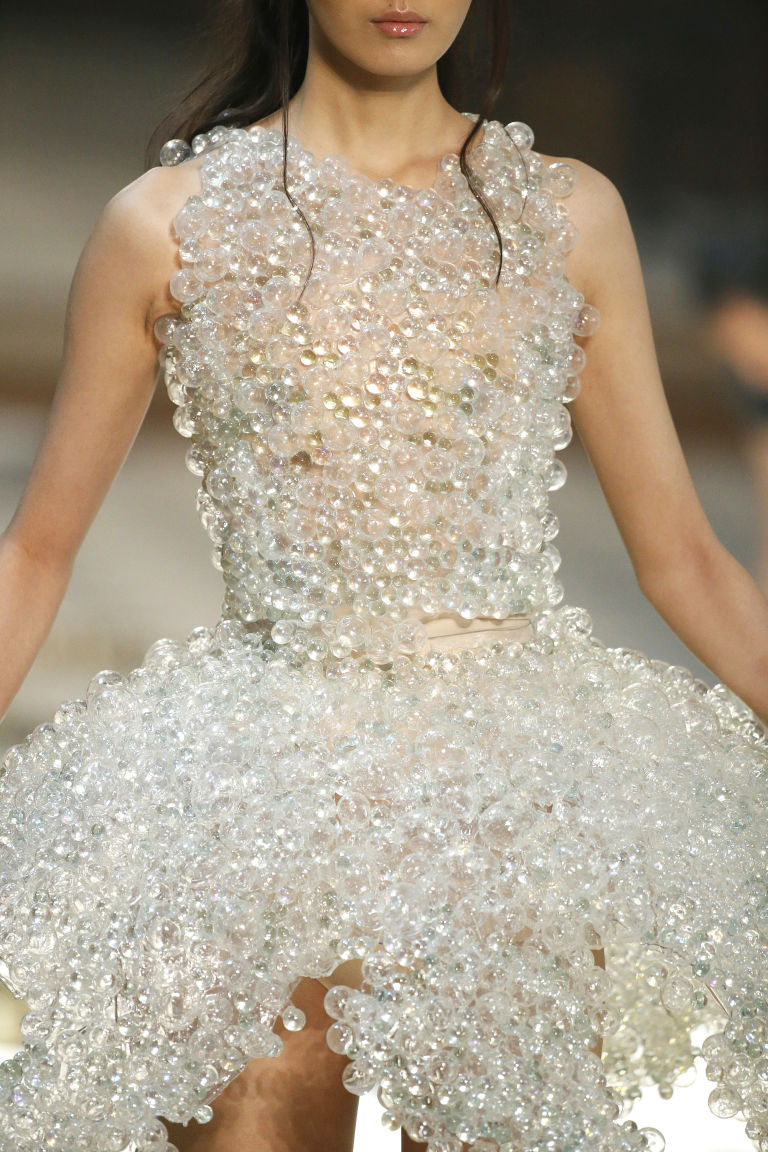 “When I design, the draping process most of the time happens to me unconsciously” – she said – “I see lucid dreams as a microscope with which I can look into my unconsciousness.”

Garments were separated into two main looks: Lucid and Phantom dresses. Both included voluminous circular silhouettes were presented in a colour palette of iridescent nudes, greens and grey. 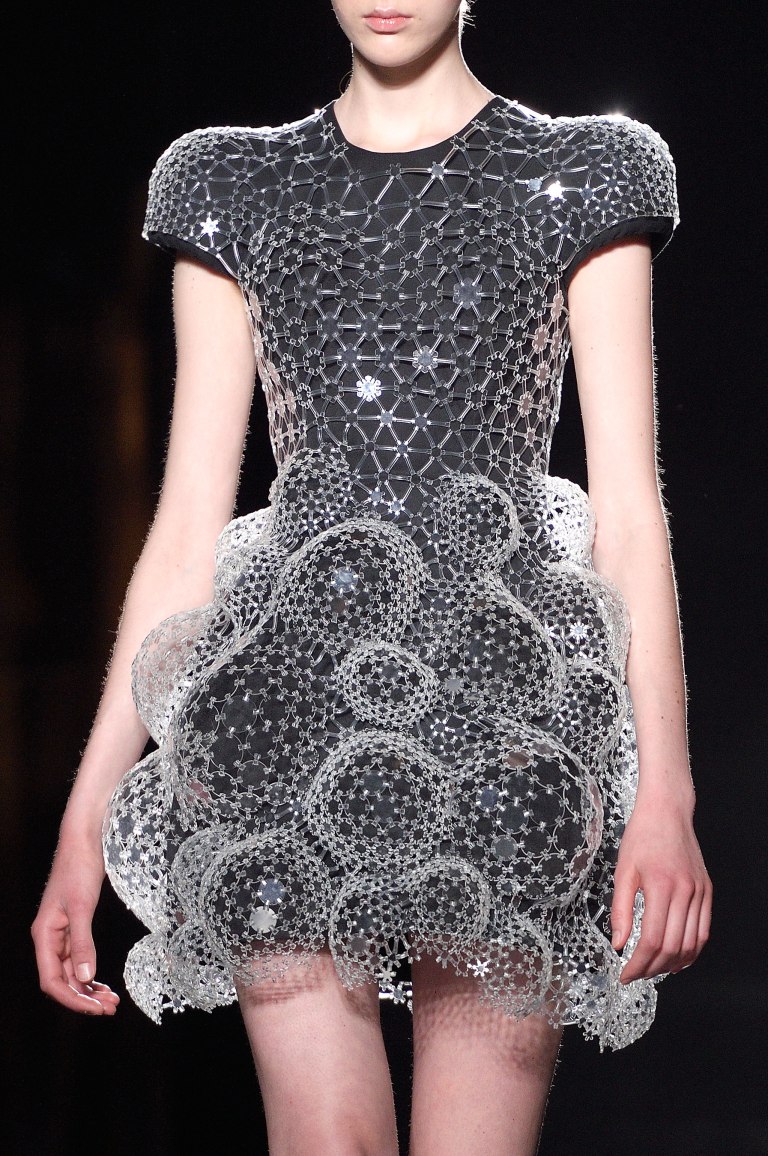 The Lucid looks were designed to appear as a “glistering bubble-like exoskeleton” and were made from transparent hexagonal laser-cut elements, that are connected with translucent flexible tubes.

The Phantom outfits were made with a light-weight tulle fabric, to which iridescent stripes were fused. 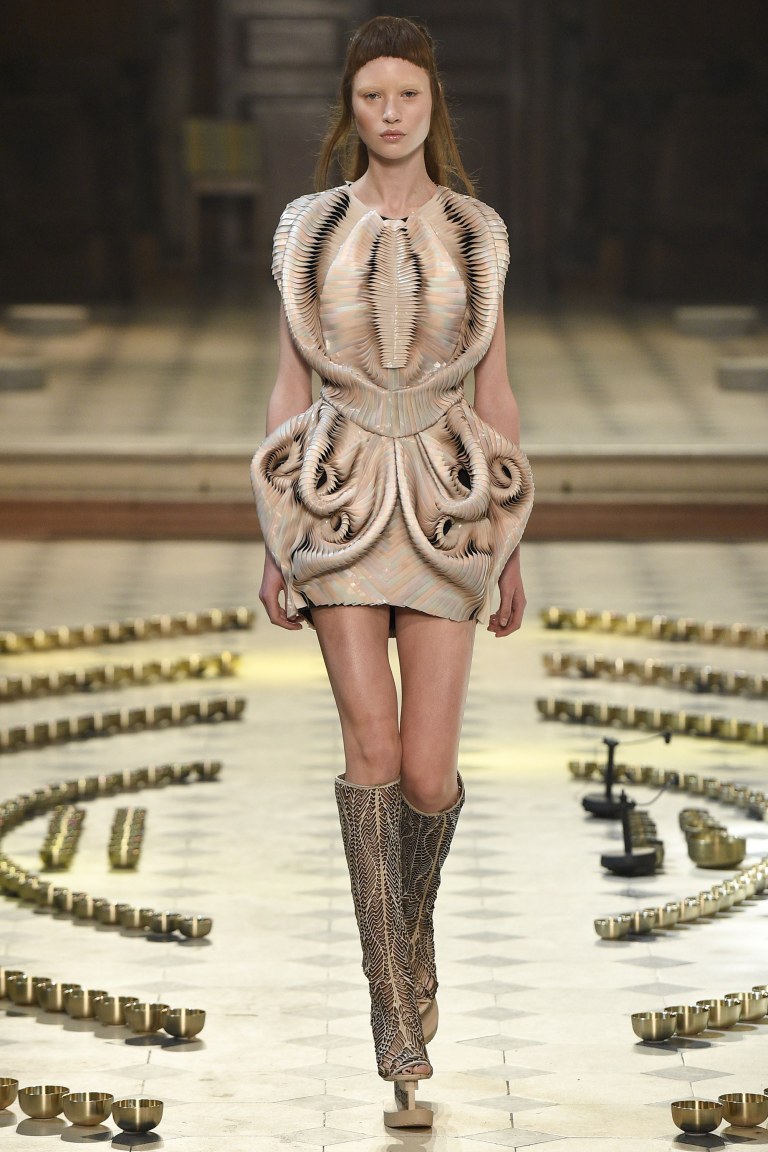 The collection also features  two 3D-printed dresses named Magma. Each of these pieces were are made by combining flexible thermoplastic polyurethane printing with polyamide printing to form a fine web.

Each of the 17 models stood behind large optical light screens – more commonly used in television technology – which acted as both mirror and window.

As well as creating rainbow-coloured effects, the screens reflected a doubled image that shifted depending on the model’s position and the audience’s viewing angle.