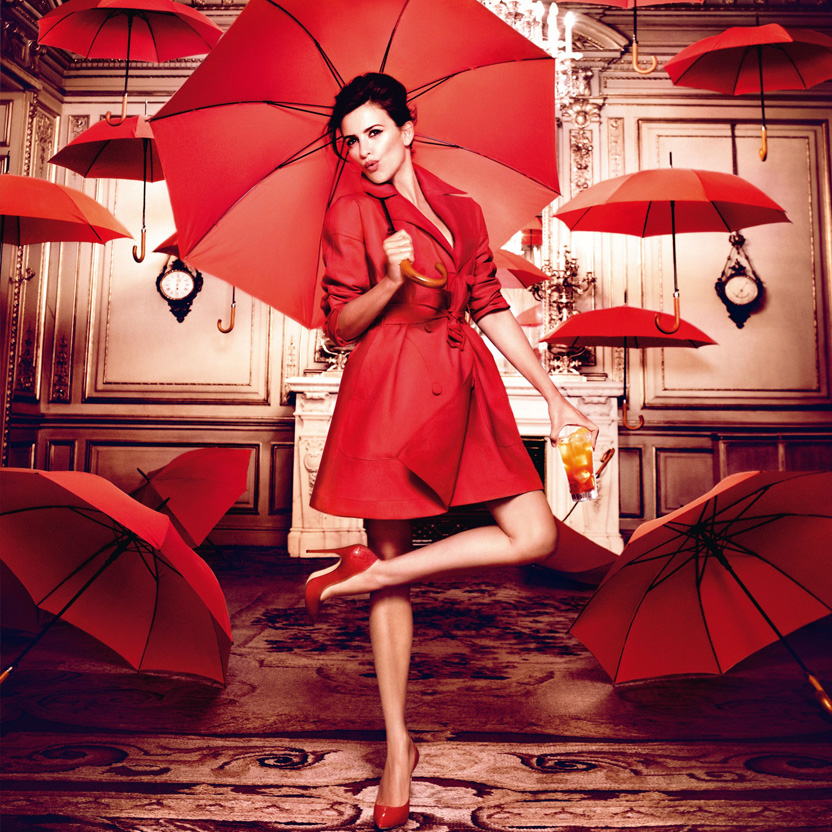 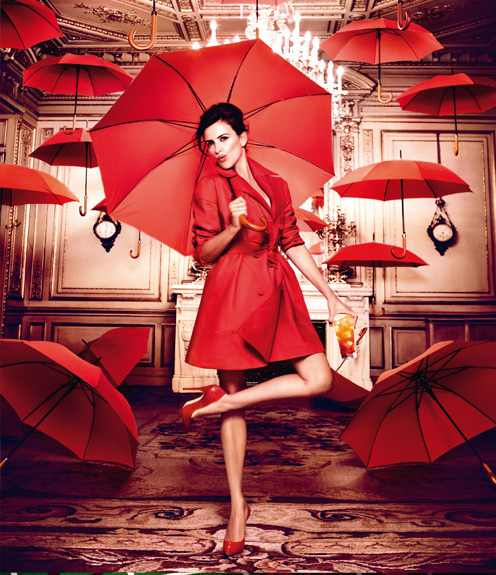 Another Haute event on the calendar this year saw the launch of the 2013 Campari Calendar exhibition. The Calendar’s secret theme was revealed as ‘Kiss Superstition Goodbye’, which befitted the bewitching yet gloriously stunning 2013 leading lady Penelope Cruz. 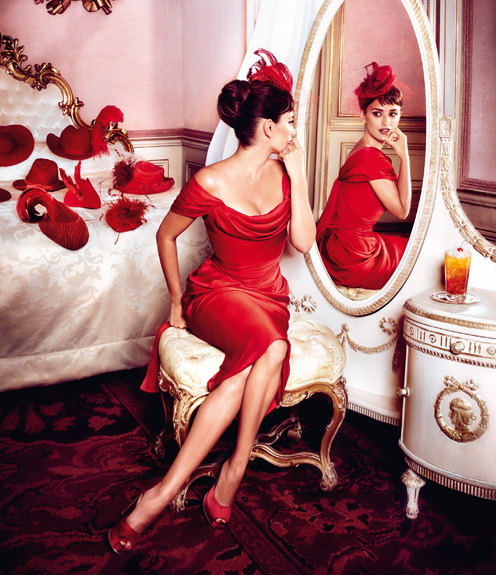 Cruz was dressed immaculately in a variety of red-themed dresses and shoes from luxe fashion houses including Vivienne Westwood and Ferragamo, as well as jewellery by Chopard to name drop a few on the haute hit list! 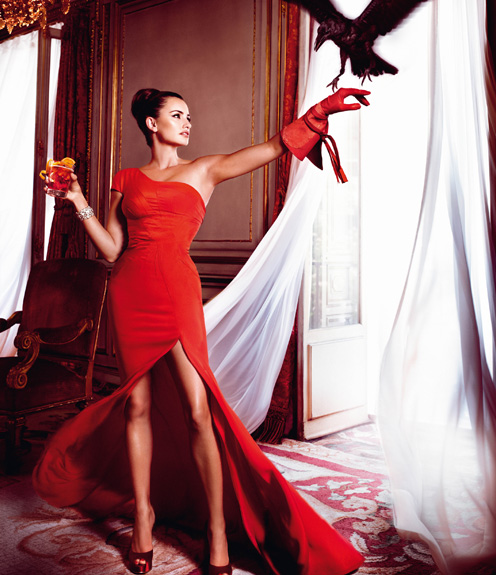 Campari CEO Bob Kunze-Concewitz mentioned: “For the 2013 Calendar, our intention was to represent the power of confidence in believing you can defy anything, and kiss goodbye to superstitions such as broken mirrors and mystical black cats. It is our mission to offer Campari lovers an intense, pleasurable moment to celebrate confidence and the magic power of the number 13.” 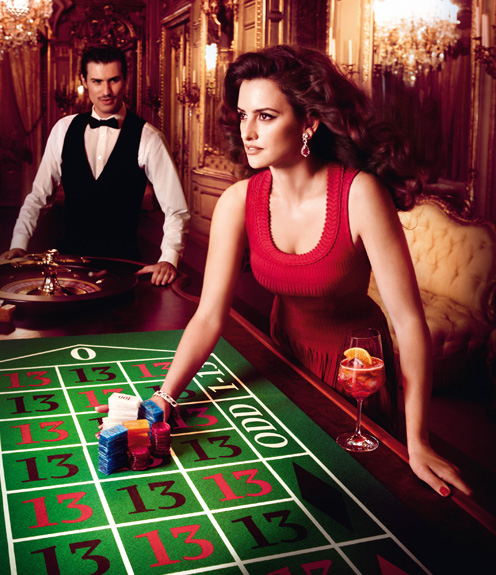 If there was anyone that was Haute enough to carry all of that with class and sophistication down to a tee was definitely Penelope Cruz. 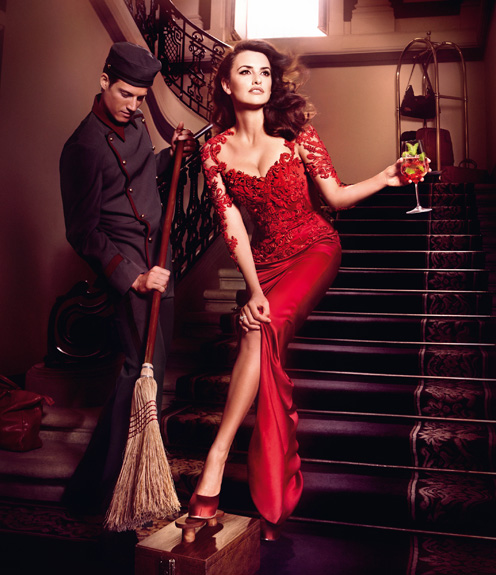 Photographer of the calendar Kristian Schuller did a magnificent job of recreating powerful yet visually stunning imagery which Campari has a well known history of. 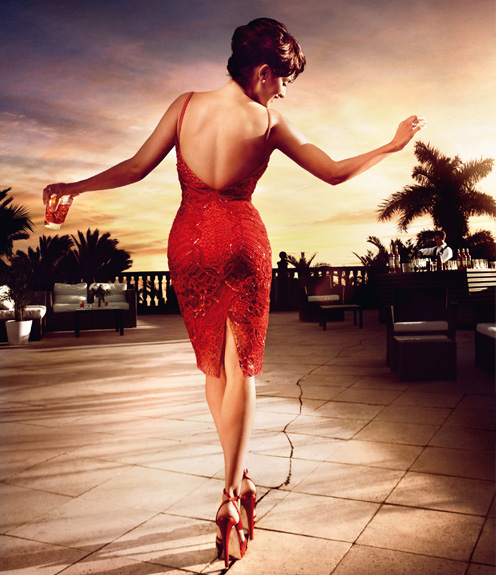 Titled “Kiss Superstition Goodbye” to mark the year 2013, the Campari Australia unveiled their annual calendar exhibition at Pelicano in Double Bay. VIP guests entered under a huge red ladder, walked past a squawking crow and were met by a disjointed reflection of themselves in the broken ornate mirror at the bottom of the stairs. 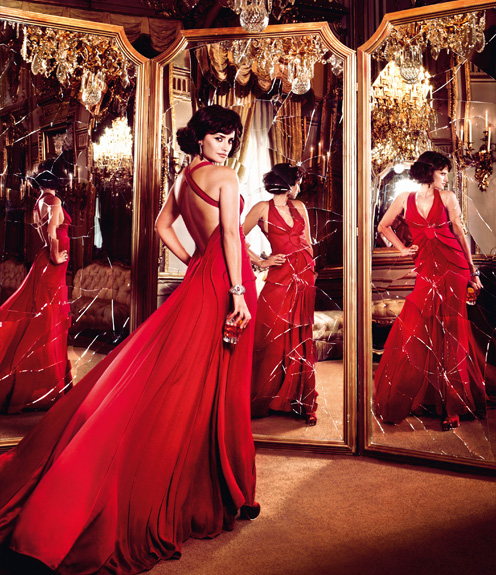 Once inside, guests perused the ’13’ image strong exhibition while they sipped on specially designed Campari Cocktails by Oliver Stuart, Campari Australia Brand Ambassador. Damon Downey was on the decks while media, socialites and celebs alike were treated to culinary delights, including a specially made Campari desert, as created by Pelicano chefs.

One thought on “Penelope Cruz for Campari Calendar”